The session was led by Assistant Director at Securities and Exchange Commission of Pakistan (SECP) and IBA Alumnus, Mr. Aneel Akhtar Memon. Mr. Aneel spoke on "Insurance Industry of Pakistan".

Mr. Aneel initiated the session by introducing the SECP, and mentioned that the Commission is mainly controlled by a chairman and three commissioners. He spoke about its functional divisions in detail, and briefly touched upon the requirements of registering a new company with the SECP, in order to guide those who wish to be entrepreneurs in the near future.

"There's been a 7% growth in the assets in NBFIs; although that's not a high growth rate, it's justified for a developing country like Pakistan," explained Mr. Aneel, while discussing several types of banking and non-banking financial institutions with their respective regulatory frameworks.

The session was followed by questions from the audience, during which Mr. Aneel mentioned the difference between Conventional Insurance and Window Takaful Operations (WTO). The latter is considered to be more acceptable in Islam, as opposed to the former. 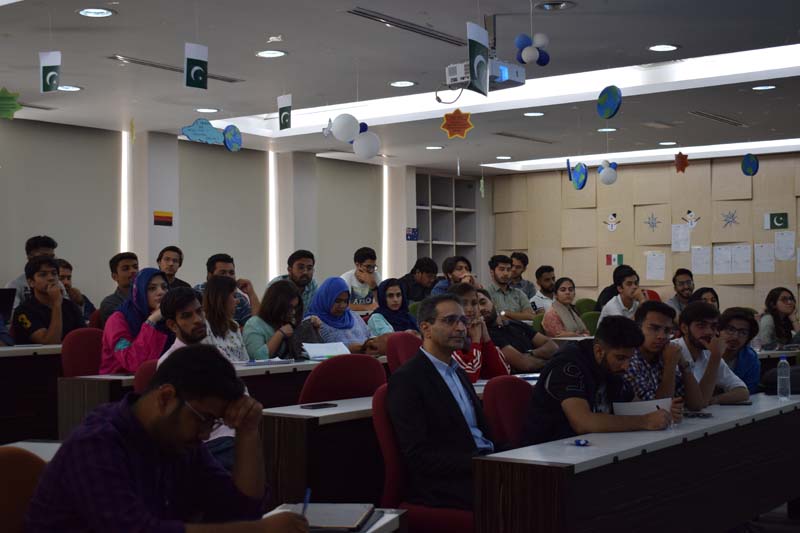 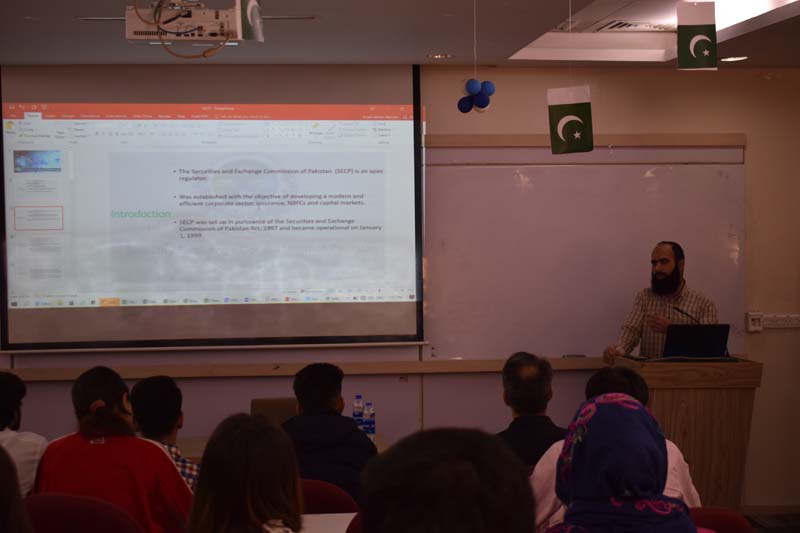 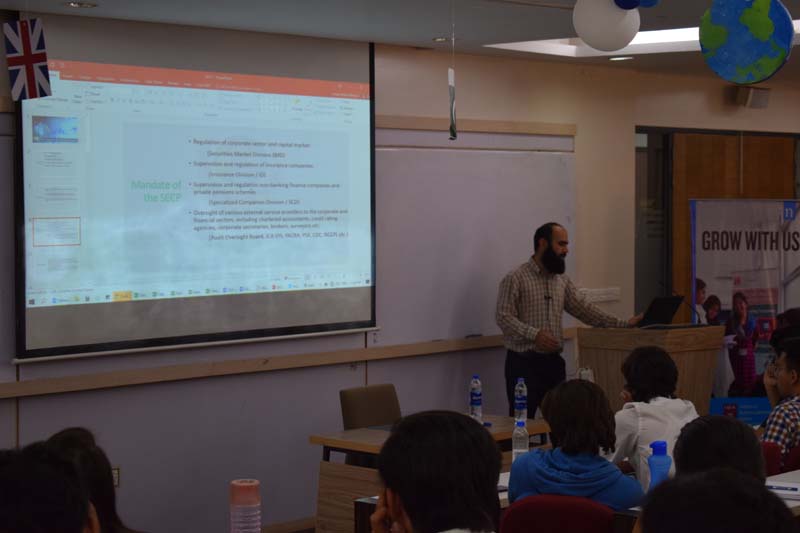 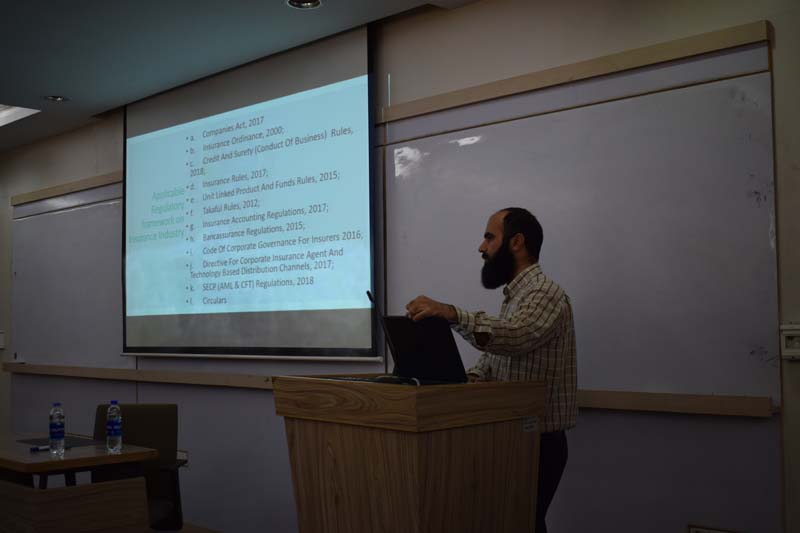 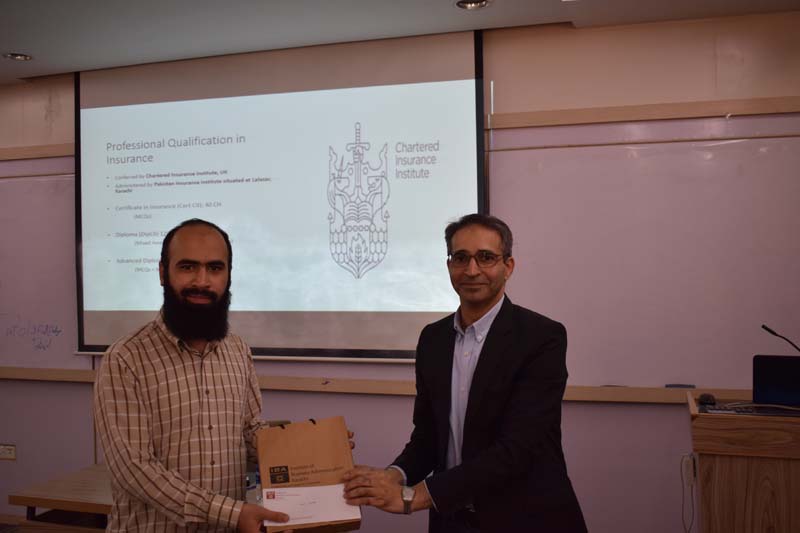 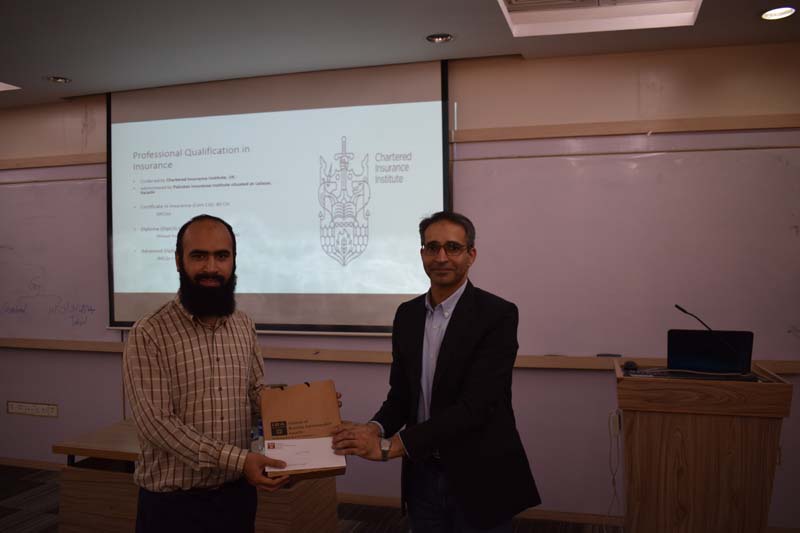 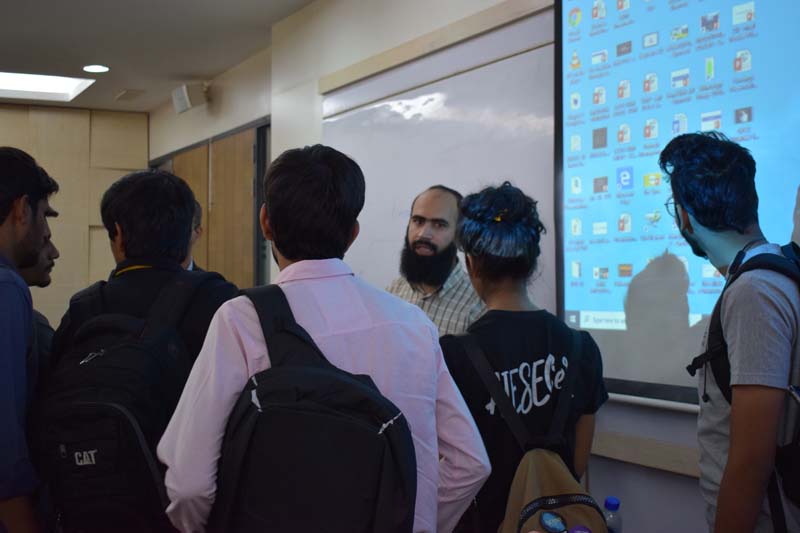 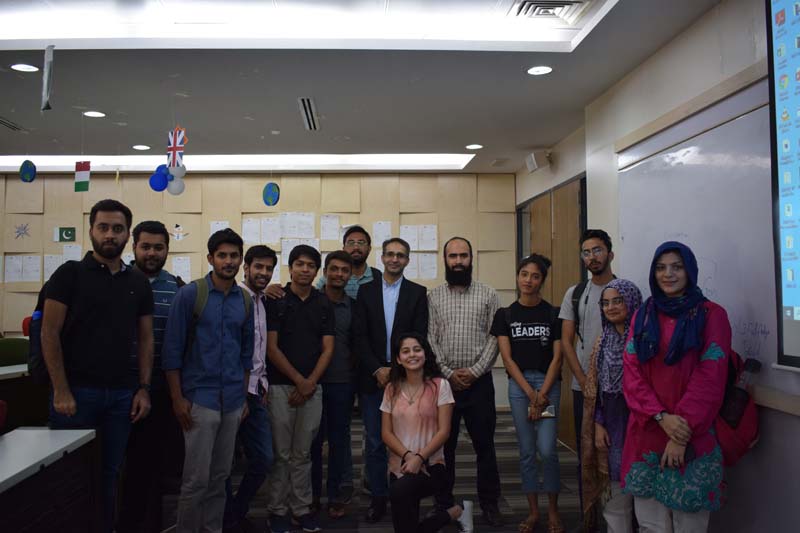 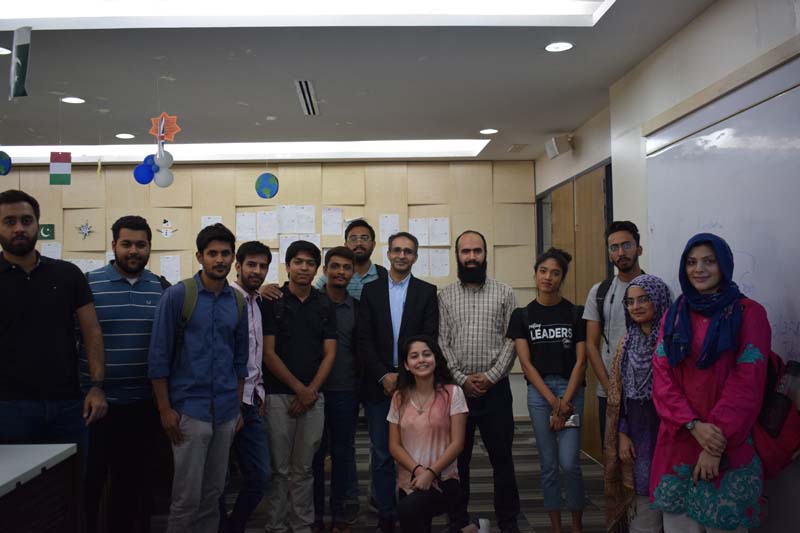 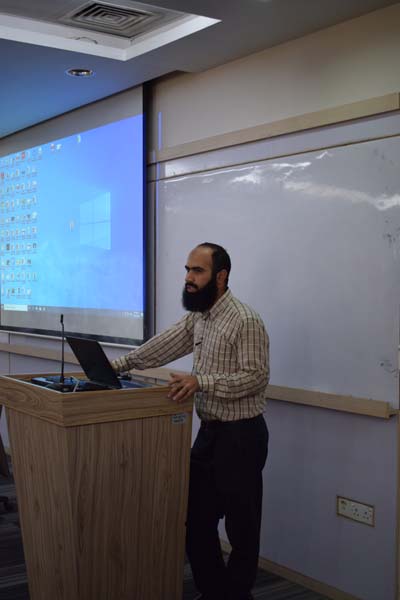